The Joy of Turbulence 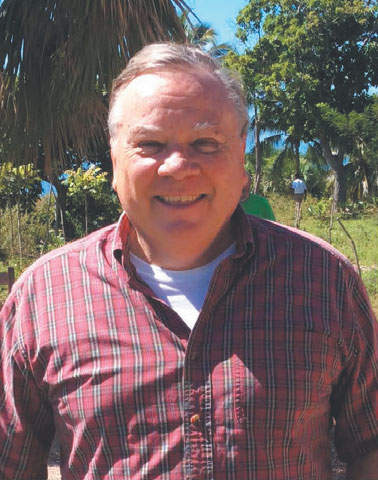 I have been avoiding airlines the last few months.   Narrow seats and cramped leg room were closing in on me.  So I flew our flying club’s Cessna 182 to see Nancy and Denny in South Carolina.  It was way more fun.

As Hurricane Dorian devastated Grand Bahama and headed up the East Coast, I could fly in the high pressure pushing up against its path in the clear blue skies of late summer.  The Cumberland Plateau rose as I flew southeast toward the mountains, giving warning of higher elevations to come.  The plateau stretches over a large area, mostly unnoticed to those traveling on the ground but one best experienced from the air, cruising at low altitude as the ground rises up to meet you.

Following Interstate 40 through the mountains to Asheville in clear air is an even more stunning sight, as the mountains rise thousands of feet, eroded down over eons from their original heights and covered in green forests and the colors of the Blue Ridge and Smoky Mountains.

After a couple days of good food and company in Aiken and a trip through the low country for lunch with Jim and Ginni near Beaufort, I headed back north into a more humid atmosphere.  The mountains were making their own weather, stirring up their own clouds as the moving air rose up their slopes and blocked my way back.

Mountain obscuration is not to be fooled with in visual flight rules at the lower altitudes of single engine Cessnas.  Darting into those clouds could cause a meet up with what pilots call those granite clouds that lurk within.  After a break to reconnoiter on my sectional maps in Clemson, I headed southwest toward Dalton, Georgia, and a lower mountain crossing.  With clearer weather skirting Atlanta and Chattanooga on my mountain end run, I made it back into Illinois in a few hours in the air.

After driving to Nebraska for Julie’s graduation and giving my old Dodge Dakota to my granddaughter Aiza for her driver’s education training, I drove back to Florida in the Durango and enjoyed the day to day of driving across the country, stopping where I wanted to eat and to sleep in whatever towns rested me for the next day’s miles on the road.

Nashville beckoned for a library conference, and that made it time to get back on American Airlines after this break from the scrunched seats.   Off we went north from Fort Myers headed to a front across the Florida peninsula.  Towering clouds beckoned to the north as we climbed east at first to gain altitude and then took them on at a higher flight level.  These were real boomers with Florida air mass thunderstorms rising way above our normal cruising altitude in the 30,000 foot range.  We headed into the turbulence to cross north toward Charlotte in North Carolina.

The pilot called it “uncomfortable” as he requested altitude changes from air traffic control.   We yawed and bounced while the flight attendants remained in their seats, depriving us of our free half cans of Coke Zero.  This minor roller coaster ride to me was far from uncomfortable.  It shook me into my seat and brought a smile to my face.  This big Boeing 737 beast rolled through the swirling clouds with much more fun than a Cessna 182 would be in far more turbulence than it could handle well.  We were just riding through it on a big magic machine while the pilot negotiated with air traffic control to locate even smoother air.

Arriving into Charlotte took us across that part of South Carolina I had visited in the Cessna just a few months before.  Looking down through breaks in the clouds and recognizing that part of our country I had flown through opens up and re-orients the almost closed cylinder that serves as a 737 fuselage full of passengers.

As we headed toward Nashville from Charlotte, the large area of unsettled weather continued to unfold below us.  As the clouds and weather moved east over the Appalachians not far from Asheville, the mountains broke the weather, like breaking waves at the beach.  As the overcast broke clear from above, I could see the sunny bright white waves twisting and twirling horizontally from my 30,000 foot perch peering out my window seat.  I had my half Coke Zero by this time, but with some turbulence continuing in the wind shear, I had to hold it by the top and let it move with the bounce so it wouldn’t spill on my closely spaced next door neighbors in our narrow seats. The joy of turbulence is fun, and it’s not uncomfortable to me at all.

10 Comments on “The Joy of Turbulence”